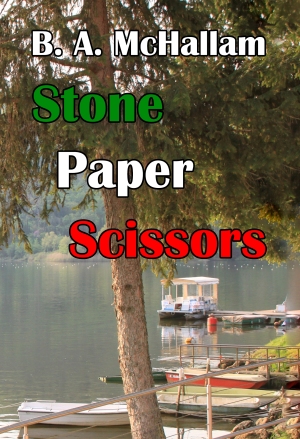 Detective Inspector Kim Russo is renting an apartment in Italy after she has been given extended sick-leave to help with her recovery from PTSD.

Shortly after Kim arrives in Italy her friend Aurora is reported missing and Aurora’s husband asks for Kim’s help. Can Kim find her friend and has Aurora’s disappearance has anything to do with her work at the British Embassy in Rome?

Meanwhile, Kim’s former boss, DCI Stone, arrives at Kim’s apartment to ask her about DS Zack Mellor’s whereabouts. Zack has failed to return to work after seeing Kim during his holiday in Italy. Stone shows Kim an anonymous letter he has received which threatens to harm Kim, her family, DS Zack Mellor and himself.

Kim, Stone and the Italian police embark on a cat-and mouse hunt to uncover the identity of the letter writer before they can carry out their threats? 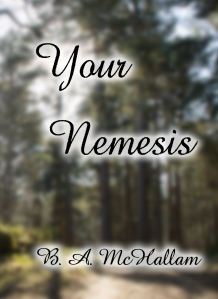 Detective Inspector Kim Russo is investigating burglaries of high-end jewellery when a body is discovered locked in a bank vault. DCI Stone is appointed as the Senior Investigating Officer. The body count rises and after each death, Kim’s mother receives a menacing email. Every communication contains details only the murderer could know. All are signed – Your Nemesis.
The police need to work fast to discover the identity of the letter writer as Kim and her mother are next on the list of Nemesis.

A review from Amazon:

A really good read, lots of twists and turns, a book that you can’t put down, wanting to know the outcome of the plot.
It is a follow up from the last book ‘An eye for an eye’ which I recommend you read first if you can, although it is a stand alone book if not. You won’t be disappointed. 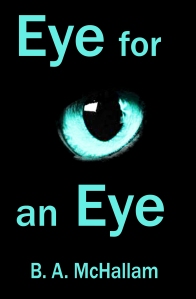 Naomi, a solicitor lives with her ten-year-old daughter Kim in the north west of England. The year is 1991 and Naomi has been asked by one if her clients, Kate Deakin, to a meeting at Whiteacres Manor as Kate wishes to make changes to her will.

But, when Naomi arrives at the house Matt, Kate’s husband. Is just dashing out of the front door. An accident has been reported near the house and he need to see if he can offer his medical expertise.

They discover Kate’s mangled body in a ditch. Detective Inspector McCluskey is called in to investigate her death and arrests Matt, accusing him of Kate’s death.

Naomi manges to prove Matt’s innocence by following up leads discarded by the police as being irrelevant. Can Naomi survive when the killer’s attention turns to her?

A review from Amazon

Really enjoyed this book from very talented local author. It keeps you guessing right to the end and once you’ve started reading it you won’t be able to put it down and it seems it will have a sequel, I will look forward to that. 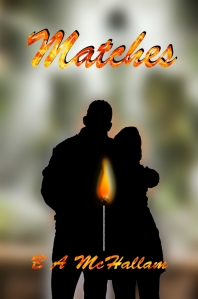 Jess, a twenty-something teacher is evacuated from her flat by Police Officer Ryan Jackson when there is a fire in a nearby garage. Ryan falls for Jess and they begin a relationship. A relationship that, for Jess, causes physical and emotional trauma. Will she survive Ryan’s assault to her mind and body? 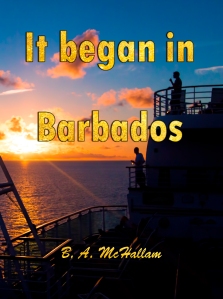 Bev has suffered years of torment and humiliation at the hands of her abusive ex-husband Craig. She meets Tom on a Caribbean Cruise and thinks she has found love until Craig threatens to shatter her dreams. But after seeing Tom with Mai-Zhen she realises it is not only Craig who has the power to destroy her newly-found confidence.
After returning to England, she settles into life as a single, working woman, that is, until she receives an email.
An email that will change the course of her life. 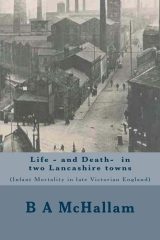 At the end of the nineteenth century, Burnley and Nelson, two towns situated just 5 miles apart in north east Lancashire, had very different infant mortality rates. These towns have similar weather conditions and had comparable industries. Using census information and taking a sample of streets from both towns, this work aims to provide a hypothesis of why Burnley had an infant mortality rate of 210 and Nelson had a rate of only 77.